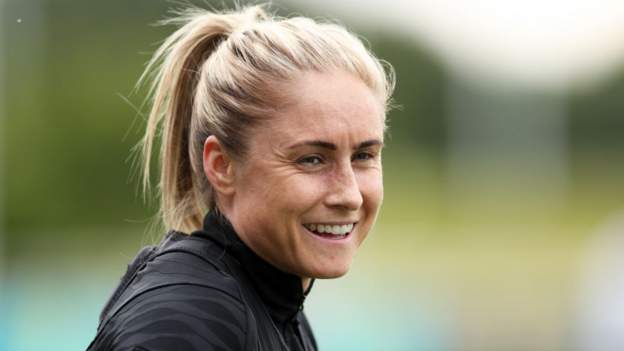 Steph Houghton has not been included in England’s 23-player squad for the women’s Euros.

Houghton, who captained England for eight years, has not played since January because of an Achilles injury.

The Manchester City defender has made 121 appearances for England including five major tournaments.

“It was a hard decision. She’s just not ready to compete. It was just a matter of time and we don’t have that time,” said manager Sarina Wiegman.

“We set a plan in place for her and she did everything that she could do. We supported her as good as possible. It is really hard for every player we had to disappoint.

“She is such a big player and has had such an impact on the English game. Of course she was really, really disappointed.”

Midfielder Jill Scott has been called up and will go to her 10th major tournament despite struggling with injury at the end of the season.

Wiegman said Scott had continued training at the end of the season to return to fitness and is “in a good place now”.

“She performs on the pitch and she brings something in our game. As a person she is so bright, always looks relaxed and makes people smile. She can share all the experience she has,” added Wiegman.

Chelsea forward Fran Kirby has also been selected despite struggling with fatigue and having not played since February.

From the 28-woman provisional squad named in May, goalkeeper Sandy MacIver, defender Niamh Charles and midfielders Katie Zelem and Lucy Staniforth have missed out on final selection.

Manchester City forward Chloe Kelly has been included after recovering from a serious knee injury and will be one of nine players taking part in their first major tournament.

She is yet to play under Wiegman but the Dutchwoman is “excited” to see what Kelly can do in the tournament.

“[Kelly] has been growing and growing. She is excited and we are excited. We have three preparation games so hopefully we can see her a little bit more.”

The Lionesses, who are hosting the tournament, are in Group A for the Euros with Austria – their first opponents on 6 July – Norway and Northern Ireland.

Teams will be able to make changes to their squad because of illness or injury until the first game.

England play Belgium, the Netherlands and Switzerland in friendlies this month.

“I am excited by what is possible for this group. We all know this is a huge opportunity and it is one we have to grab with both hands,” said Wiegman.

“The chance to represent the nation on such a big stage on home soil is one to relish. This group so far has proven they are prepared to give it all they have in every training session, in every meeting and in every game.

“Making the final selection is always difficult because we know the talent and commitment of every single player. I am certain those we have had to disappoint will give everything to support us and be ready if called upon.”

‘Right decision for evolution of Lionesses’

“I have personally been in that situation before and it’s going to take weeks for her to digest it,” Christensen told BBC Radio 5 Live.

“Sarina Wiegman is a winner and she has been brought in by the FA to make big decisions, and this is one of them.

“These decisions are a step in the right decision for the evolution of the Lionesses to get to a major tournament final and get their hands on a major trophy.”

Christensen, who has 31 England caps, added that Scott’s inclusion in the squad was positive:“[She] provides cover and she also brings a threat, you talk about tournament football and needing to get last-minute winners or equalisers to progress – Jill is a player you can put on with 10 minutes to go to win headers.”

Despite struggling with fatigue this season, Christensen believes Kirby’s ability to create chances is “something no other England player has or has had for many years”.

She added: “If Fran is in a good place and she has a bit of time to build into the tournament, then she might be able to peak for the start of the tournament.”

Wiegman has made several big decisions since she took the helm in September – naming Leah Williamson as captain for the tournament and now leaving out Houghton from her Euros squad.

The Manchester City defender was always facing a battle to prove her fitness and with centre-backs Millie Bright, Jess Carter and Alex Greenwood impressing for both club and country this season, she had stiff competition.

Scott and White have plenty of tournament experience, while Williamson and Bright are among those who have brought leadership into the squad.

In Lauren Hemp and Beth Mead, England have forwards in impressive form, while Chloe Kelly’s inclusion is an exciting wildcard.

The players left out of the squad – Staniforth, Zelem, Charles, Houghton and MacIver have played just 46 minutes in total under Wiegman so it is no real surprise to see them omitted from the final squad selection. 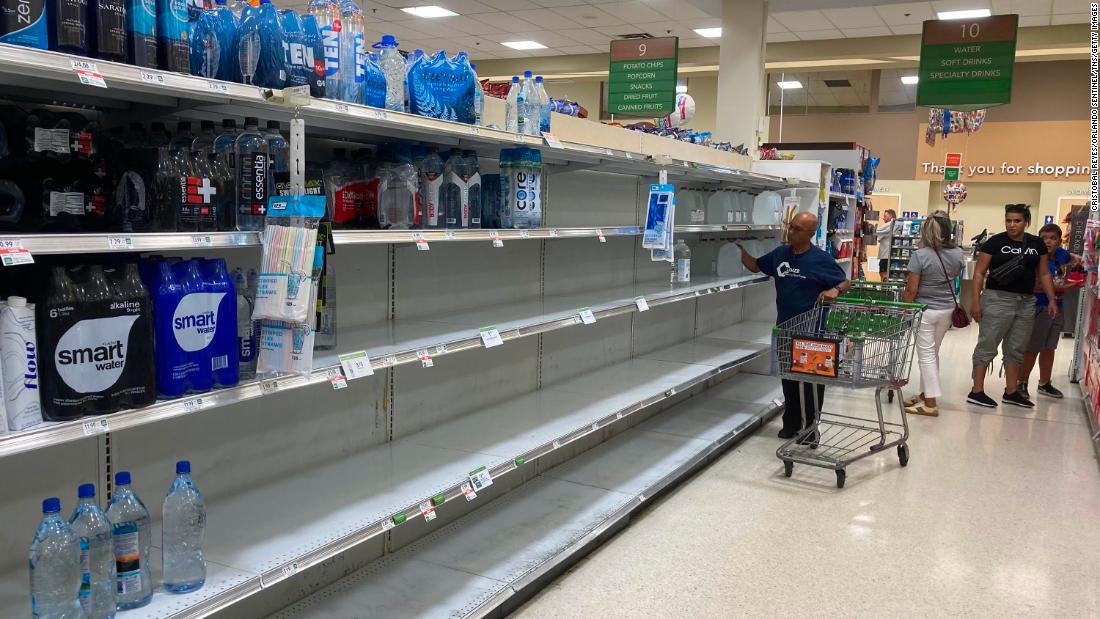 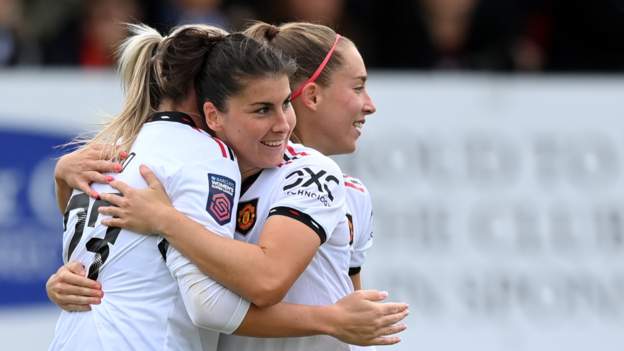 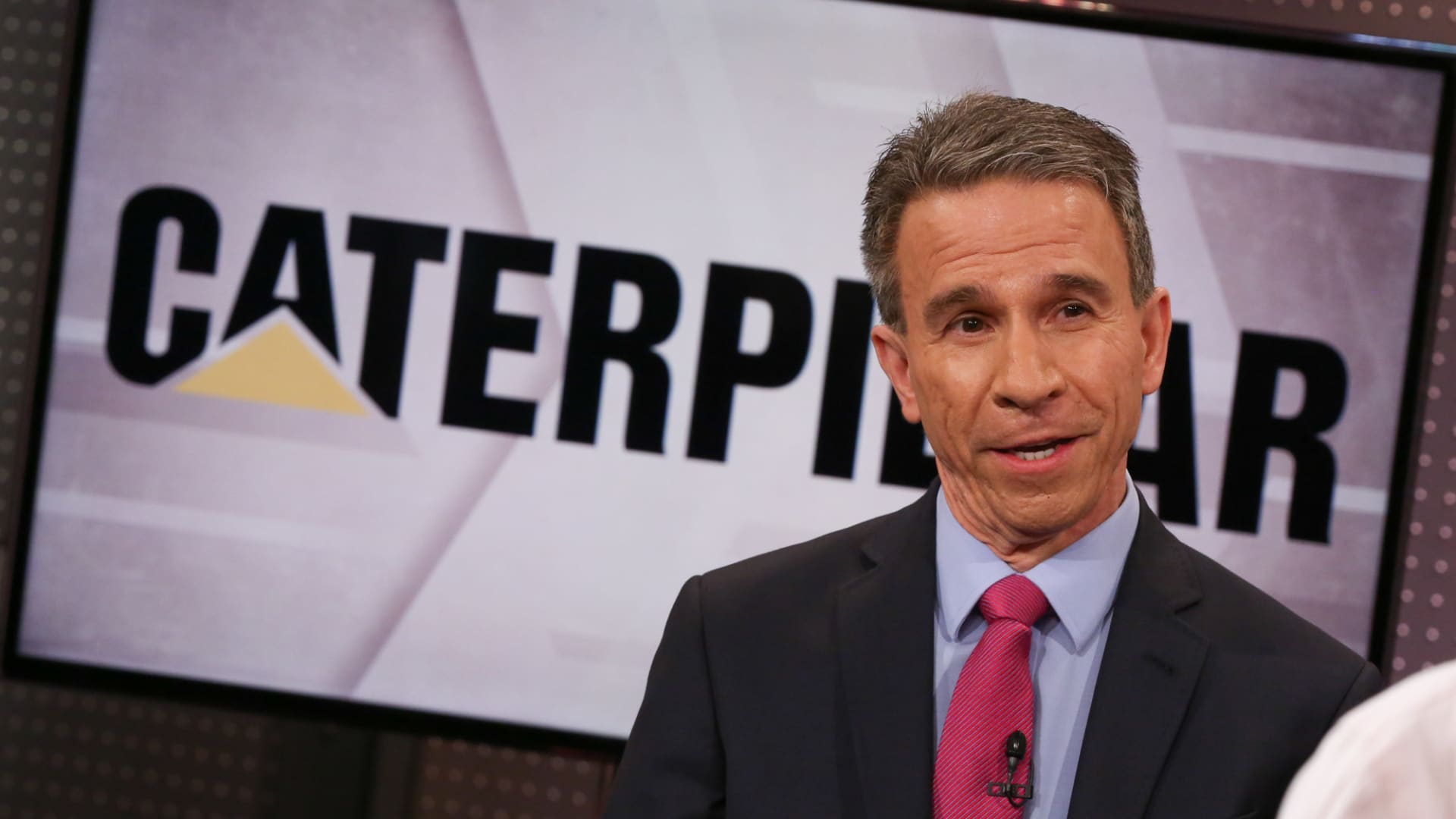