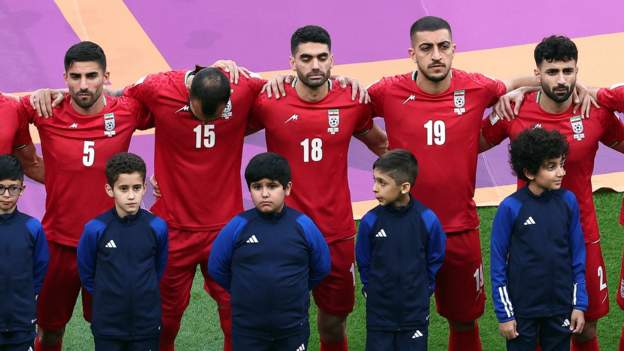 Iran declined to sing their national anthem before their World Cup match with England in an apparent expression of support for anti-government protests in their home country.

Some fans shouted and jeered during the anthem and others held up signs saying “Woman, Life, Freedom”.

Iran boss Carlos Queiroz had said his players were “free to protest”.

There has been a fierce crackdown on protests in Iran sparked by the death in custody of Mahsa Amini in September.

The 22-year-old Amini was detained by morality police for allegedly breaking the strict rules around head coverings.

Human rights activists have said more than 400 protesters have been killed and 16,800 others arrested in a crackdown by Iran’s security forces.

Iran’s leaders say the protests are “riots” orchestrated by the country’s foreign enemies.

Iranian fans could also be heard chanting “Ali Karimi” in the first-half in reference to the former footballer who is one of the most outspoken critics of the Islamic Republic and one of the most popular faces of the protest movement.

The fans could also be heard chanting “Be-Sharaf”, which means dishonourable in Persian. This is an adjective that protesters have used against security forces in Iran.

Speaking before the game Iran captain Ehsan Hajsafi said the players “support” those who have died.

Queiroz said his players were “free to protest” over women’s rights in their home country as long as it “conforms with the World Cup regulations and is in the spirit of the game”.

Speaking about the incident at half-time, BBC Match of the Day presenter Gary Lineker said: “It was a powerful and very, very significant gesture.

“Football is trying to use its power for good.”

England beat Iran 6-2 in the group B game.

‘It was a lively football game, but it was much more than that’ – Analysis

It was impossible to escape the symbolic gestures in the game. All of Iran’s players refused to sing the national anthem as it sounded across the Khalifa International Stadium.

A fan I spoke to was in tears as he heard it in the stands. “For my people…” he told me, his voice breaking. “They’re killing my people.”

Cheers for the Iranian side were loud and relentless. “Iran. Iran” sounded with the beat of a drum, adorned with the colours, the name and map of the country painted on it.

Women, with their hair fully on display were wrapped with the Iranian flag, screamed every time their team got close to the net. It was a lively football game, but it was much more than that.

In the sea of Iranian and English flags, a woman stood with a small poster saying “Woman, Life, Freedom” in solidarity with the protesters back in her home country. She didn’t want to show her face or share her name, but she did want her message to get across.

As I walked through the stands another Iranian fan whispered to me: “Please tell our story. No pictures please. I want to go back to the country one day and I don’t want problems.” 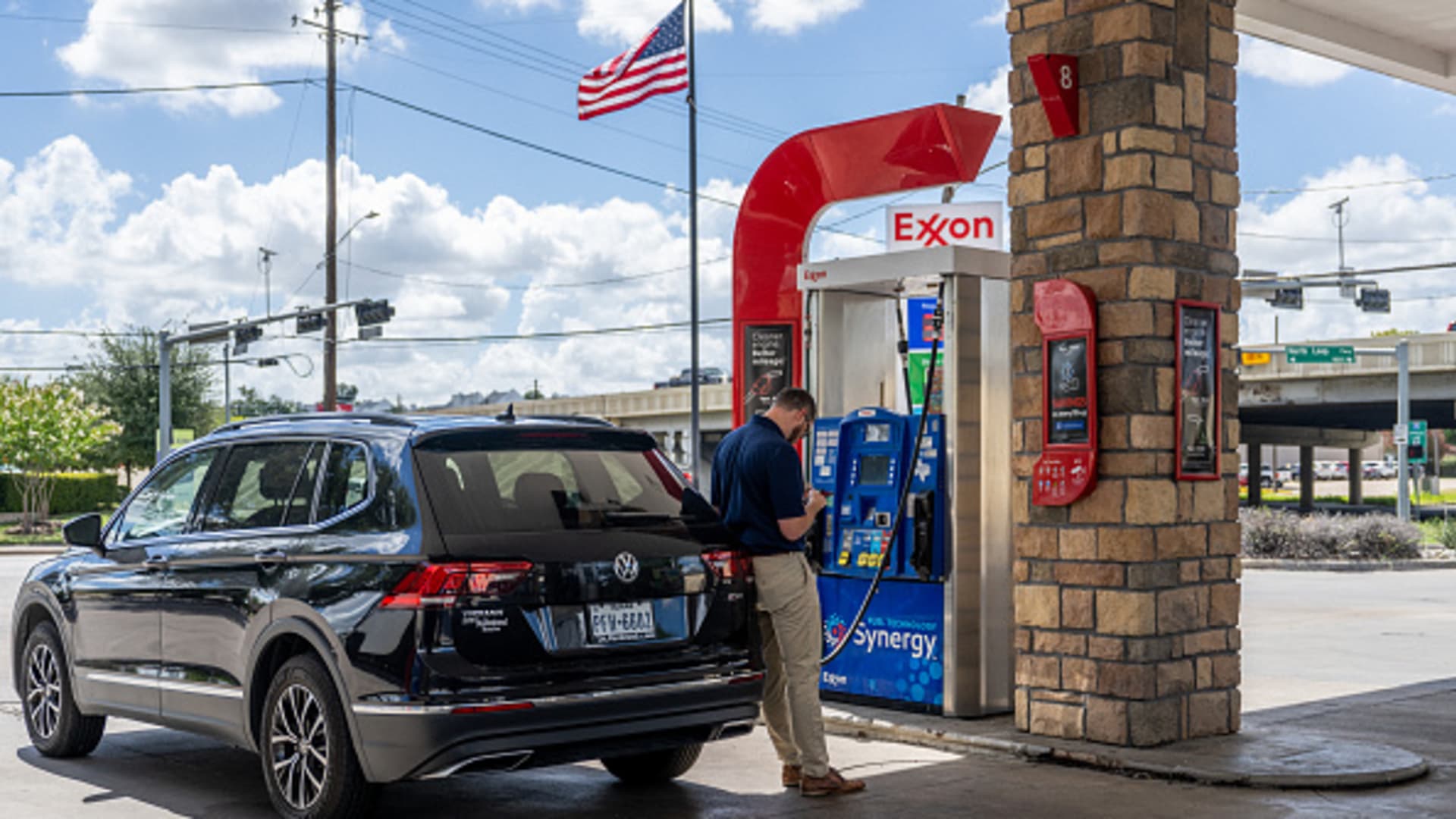 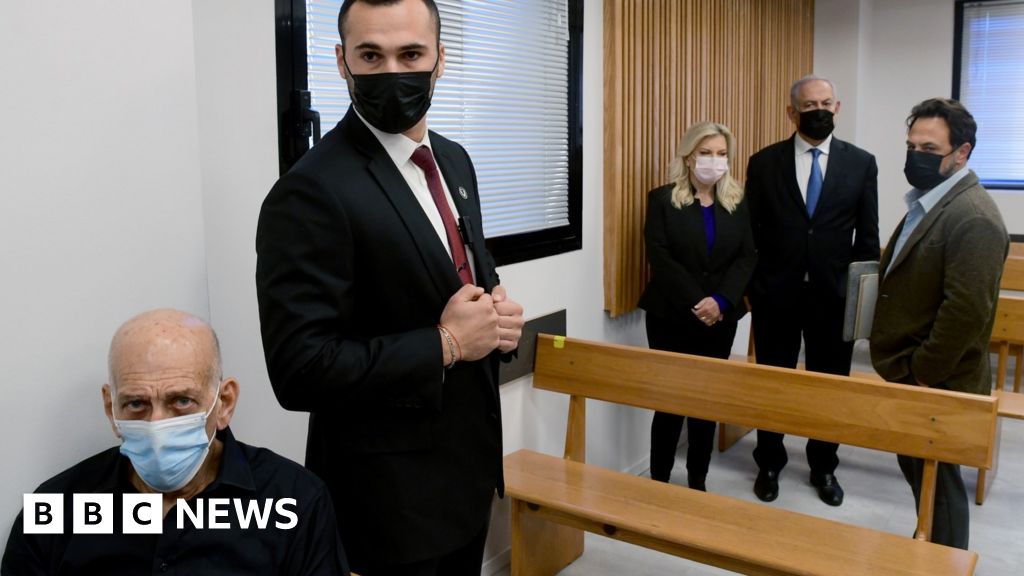 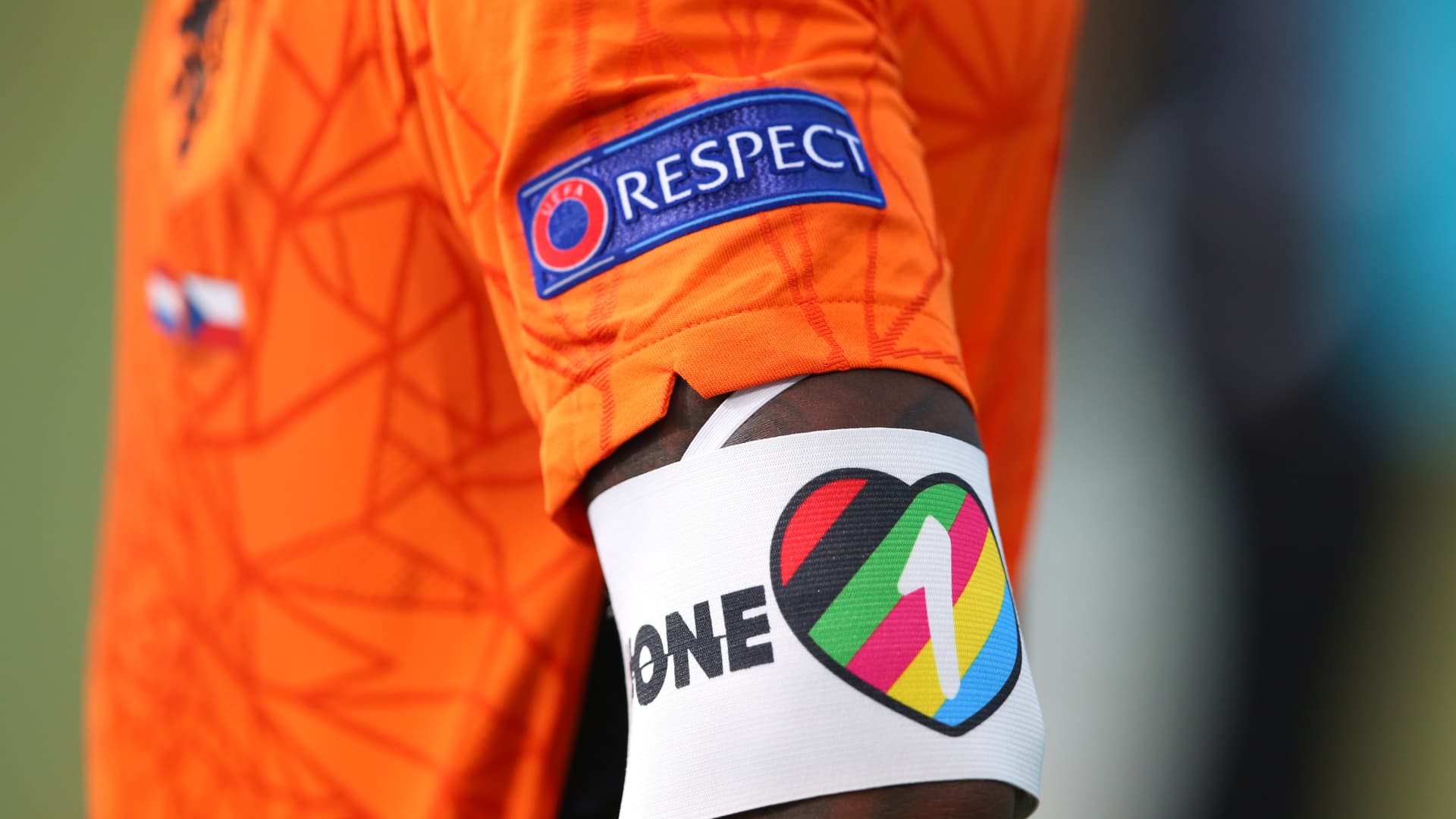