While Google has so far avoided the widespread job cuts that have hit tech companies, particularly those supported by a slumping ad market, internal anxiety is on the rise, according to documents viewed by CNBC and employees who spoke on the condition of anonymity.

Alphabet executives have stressed the need to sharpen “focus,” bring down costs of projects and make the company 20% more efficient. There’s also been a recent change in performance reviews, and some employees point to declining travel budgets and less swag as signs that something bigger may be on the horizon.

In July, Alphabet CEO Sundar Pichai launched the “Simplicity Sprint” in an effort to bolster efficiency during an uncertain economic environment. Just a few miles up the road, Meta told employees this month that it’s laying off 13% of its staff, or more than 11,000 employees, as the company reckons with declining ad revenue. Snap announced a 20% cut in August, and Twitter just slashed about half its workforce under the leadership of new owner Elon Musk. Elsewhere in Silicon Valley, HP said on Tuesday it plans to lay off 4,000 to 6,000 employees over the next three years.

Google’s business hasn’t been hit as hard as many of its peers, but the combination of a potential recession, soaring inflation and rising interest rates is having a clear impact. Last month, the company said YouTube’s ad revenue shrank from a year earlier as Google generated its weakest period of growth since 2013, other than one quarter during the pandemic. Google said at the time that it would significantly reduce headcount growth in the fourth quarter.

The crypto market, which put a dent in Google’s latest results, has fallen even further with the collapse of crypto exchange FTX, leading to increased concerns about industry contagion.

Cuts at Google have already taken place around the edges.

The company canceled the next generation of its Pixelbook laptop, slashed funding to its Area 120 in-house incubator and said it would be shuttering its digital gaming service Stadia.

Concerns about terminations are mounting, at least in certain corners. And some employees are turning to memes to express their anxieties through humor.

One internal meme shared with CNBC shows a before-and-after animated character. On the before side, the figure has his hands raised with the caption “inflation pay rise!” On the after side, a frightened character sits alongside the caption, “don’t fire us please.”

Another meme has names of tech companies — “Meta, Twitter, Amazon, Microsoft” — that recently conducted layoffs next to an image of a worried anime character. There were also memes created in reference to a statement last week from activist investor TCI Fund Management, which called on Pichai to cut salaries and headcount through “aggressive action.”

Among the workforce, Pichai found himself on the defensive in September, as he was forced to explain the company’s changing position after years of supercharged growth. Executives said at the time that there would be small cuts, and they didn’t rule out layoffs.

At a more recent all-hands meeting, a number of questions regarding the potential for layoffs were highly rated by staffers on Google’s internal question-asking system called Dory. There were also questions about whether executives mismanaged headcount.

“It appears that we added 36k full-time role YoY, increasing headcount by about 24%,” one top-rated question read. “Many teams feel like they are losing headcount, not gaining it. Where did this headcount go? In hindsight, and given concerns around productivity, should we have hired so rapidly?”

One question read: “Can we get some more clarity on how we’re approaching headcount for 2023? Do we have any sense of how long we need to plan for difficult headwinds?”

Other questioners asked if employees “should expect any direct consequence to our teams, direction and/or compensation to reduced profits we saw in the earnings call” and wondered, “how are we going to achieve 20% more productivity? Will refocus be enough or are we expecting layoffs?”

Earlier this year, Google said it was ditching its long-held practice of handing out lengthy promotion packets, which were long forms employees needed to fill out and that included reviews from bosses and co-workers. The company switched to a streamlined process it calls Googler Reviews and Development (GRAD).

A Google spokesperson said in an emailed statement that the GRAD system was launched “to help employee development, coaching, learning and career progression throughout the year,” adding that it “helps establish clear expectations and provide employees with regular feedback.”

Google said a new system would result in higher pay, but workers say the overhaul has left more room for ambiguity in ratings at a time when the company is looking for ways to cut costs.

The planned overhaul has already run into problems. The company decided to end its use of Betterworks, a program that was supposed to help with evaluating performance, employees told CNBC. Executives said they planned to instead use a home-grown tool, but the change has come uncomfortably close to expected year-end performance checks.

A guide titled “Support Check-Ins,” which are performance reviews targeting certain employees, began appearing in internal forums. The document, viewed by CNBC, says for those who receive the review, “the current performance trajectory is headed toward, or already is in, a lower rating.”

Three steps are recommended for check-ins. The first directs workers to “breathe,” before taking in managers’ feedback. Second is, “understand the feedback,” and third is to “devise a plan.” The document says check-ins may affect 10% to 20% of staffers over the course of a year.

Add it all up, and one big question employees are asking is — will a bunch of small cuts turn into something grander in the future?

CNBC reported last month that employees and executives clashed on the topic of cutbacks to things like swag, travel and holiday celebrations. Workers complained about a lack of transparency around travel cuts and asked why the company wasn’t saving money by cutting executive salaries.

Google engineering leaders recently began cracking down on employees’ ability to access links to the internal meme generator called Memegen, a repository of user-generated memes that has long been a part of the company’s open culture.

Last month, a Google vice president of corporate engineering said employees need to remove Memegen links from their profile pages, internally known as “Moma.” Engineering directors said in an internal message that having a Memegen link on profiles “prevents Googlers from sharpening their focus.”

Workers naturally flocked to Memegen to make fun of the decision.

New Google Chrome features will boost performance and save battery 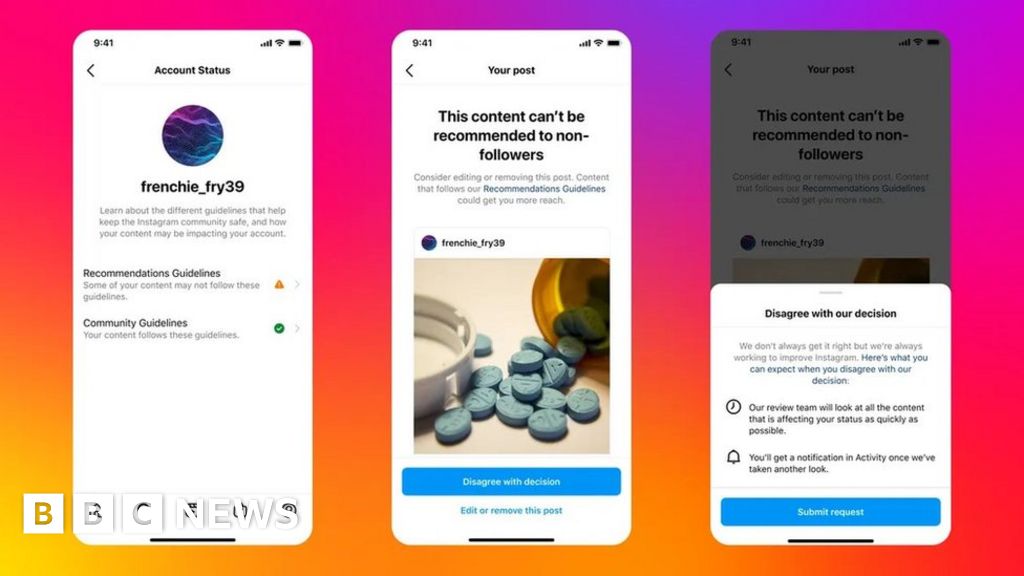 How to check if your Instagram posts are being hidden