Rescuers were digging through debris on Tuesday to find survivors of a powerful earthquake that toppled homes and buildings in a highly populated area of Indonesia’s West Java province, killing at least 268 people.

A further 151 people remain missing and more than 1,000 were injured, the country’s National Agency for Disaster Management (BNPB) said.

The 5.6-magnitude quake hit the Cianjur region in West Java about 1:21 p.m. local time on Monday at a depth of 10 kilometers (6.2 miles), according to the United States Geological Survey (USGS), causing buildings to collapse while school classes were underway.

The scale of the death and destruction caused by the quake became increasingly clear on Tuesday, after earlier discrepancies in the reported death toll were reported by officials.

More than 22,000 homes were destroyed and over 58,000 people have been displaced, BNPB Major General Suharyanto said on Tuesday.

Photos showed buildings reduced to rubble, with bricks and scraps of broken metal strewn on the streets.

“The majority of those who died were children,” West Java’s governor, Ridwan Kamil, told reporters Monday, adding the death toll was likely to increase further. “So many incidents occurred at several Islamic schools.”

The powerful tremors forced children to flee from their classrooms, according to aid group Save the Children, which said more than 50 schools had been impacted.

Mia Saharosa, a teacher at one of the affected schools, said the earthquake “was a shock to all of us,” according to the group.

“We all gathered in the field, children were terrified and cried, worried about their families at home,” Saharosa said. “We hug each other, strengthen each other, and continue to pray.”

Herman Suherman, a government official in Cianjur, told media that some residents were trapped in the rubble of collapsed buildings. News channel Metro TV showed what appeared to be hundreds of victims being treated in a hospital parking lot.

Visiting areas affected by the quake on Tuesday, Indonesian President Joko Widodo said the government would provide compensation of up to about $3,200 each for owners of heavily damaged homes.

Houses should be rebuilt as earthquake-resistant buildings, Jokowi added.

One resident, named only as Muchlis, said he felt “a huge tremor” and the walls and ceiling of his office were damaged.

“I was very shocked. I worried there would be another quake,” he told Metro TV.

Indonesia’s bureau of meteorology, the BMKG, warned of a danger of landslides, particularly in the event of heavy rain, as 25 aftershocks were recorded in the first two hours after the quake.

Rescuers were unable to immediately reach some of those trapped, he said, adding the situation remains chaotic.

Government authorities are building tents and shelters for the victims while attending to their basic needs.

US Defense Secretary Lloyd Austin meanwhile offered his “deepest condolences” following the loss of life while speaking at the ASEAN multilateral meeting in Cambodia on Tuesday.

Indonesia sits on the “Ring of Fire,” a band around the Pacific Ocean that sets off frequent earthquakes and volcanic activity. One of the most seismically active zones on the planet, it stretches from Japan and Indonesia on one side of the Pacific to California and South America on the other.

In 2004, a 9.1 magnitude quake off Sumatra island in northern Indonesia triggered a tsunami that struck 14 countries, killing 226,000 people along the Indian Ocean coastline, more than half of them in Indonesia. 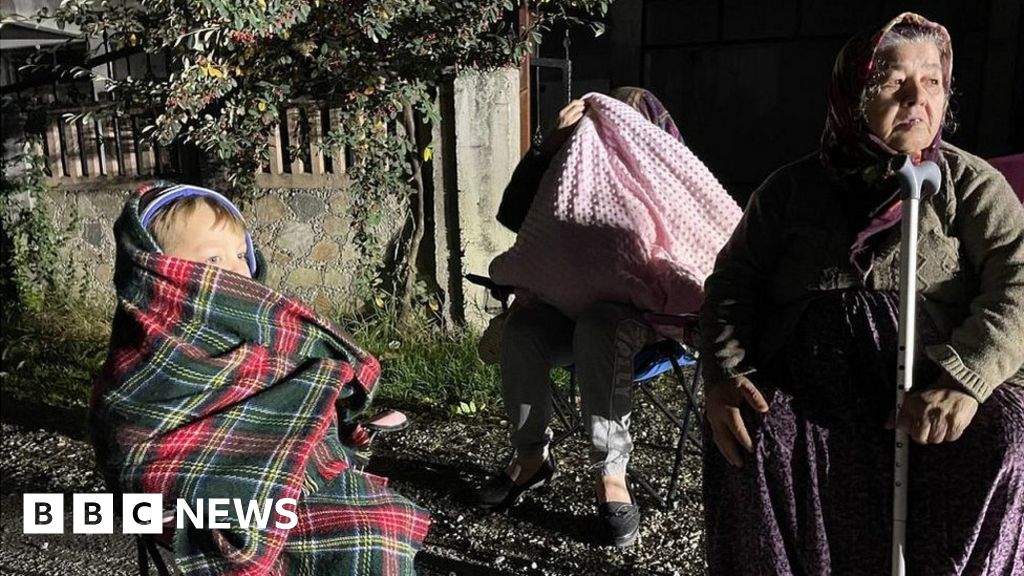